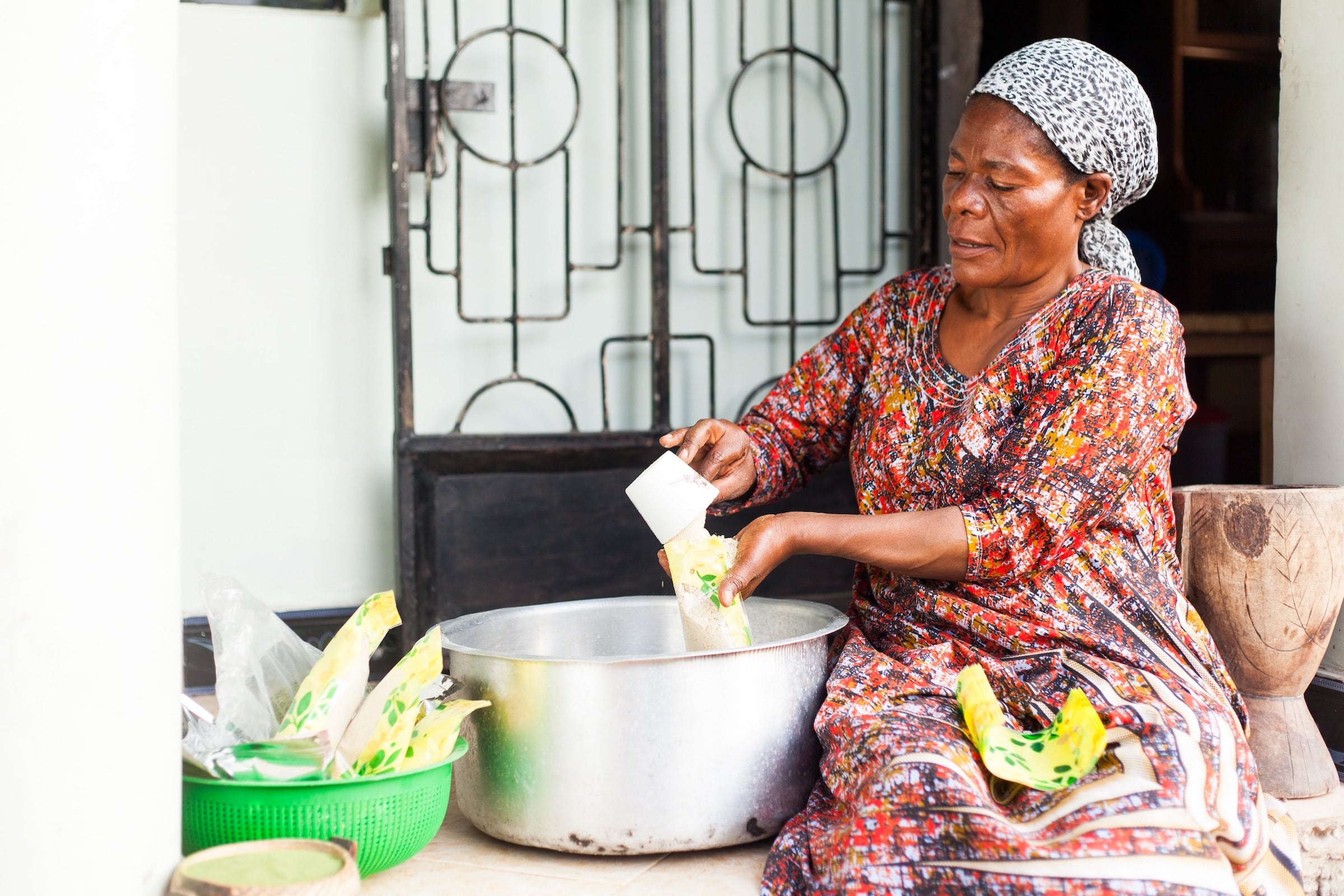 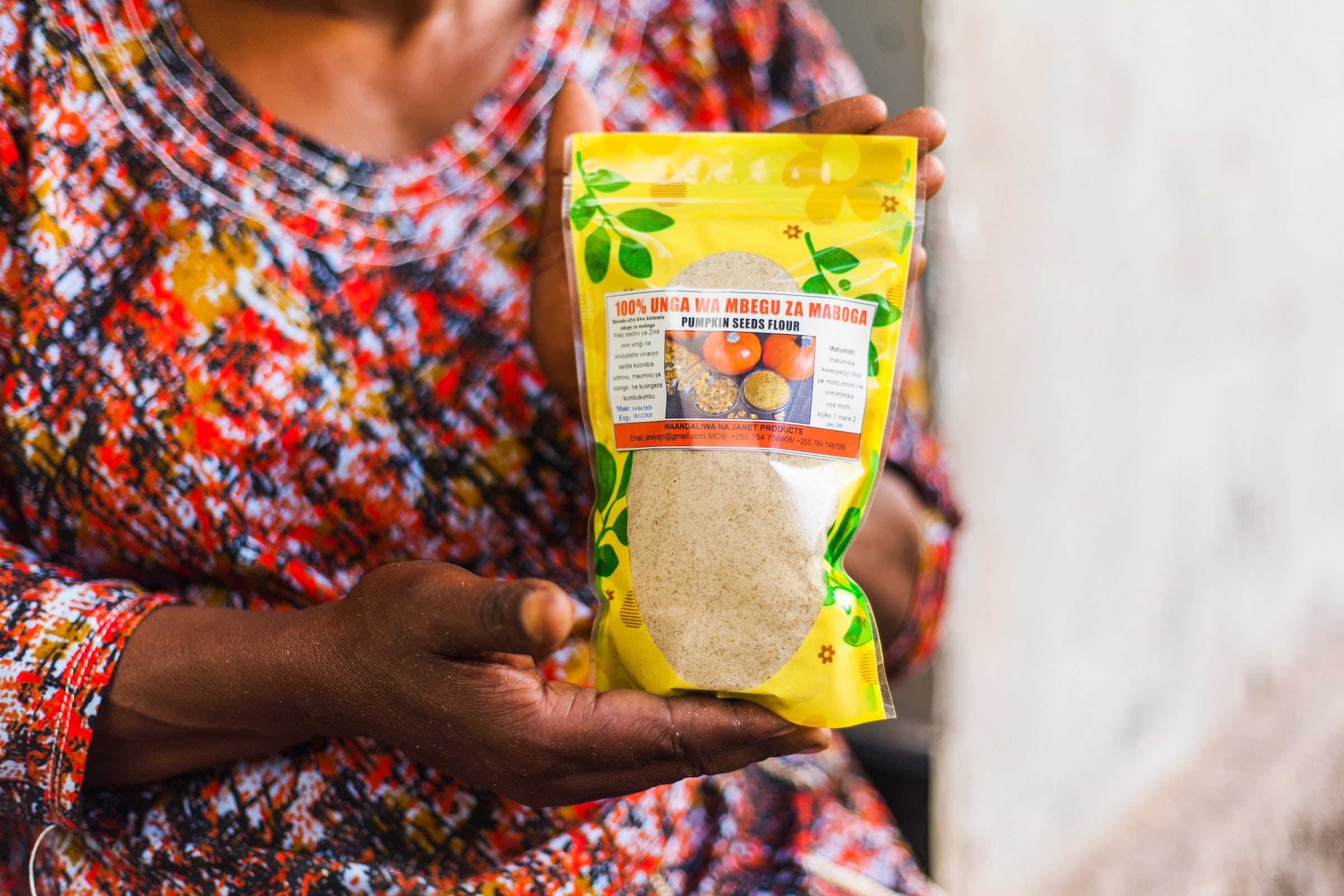 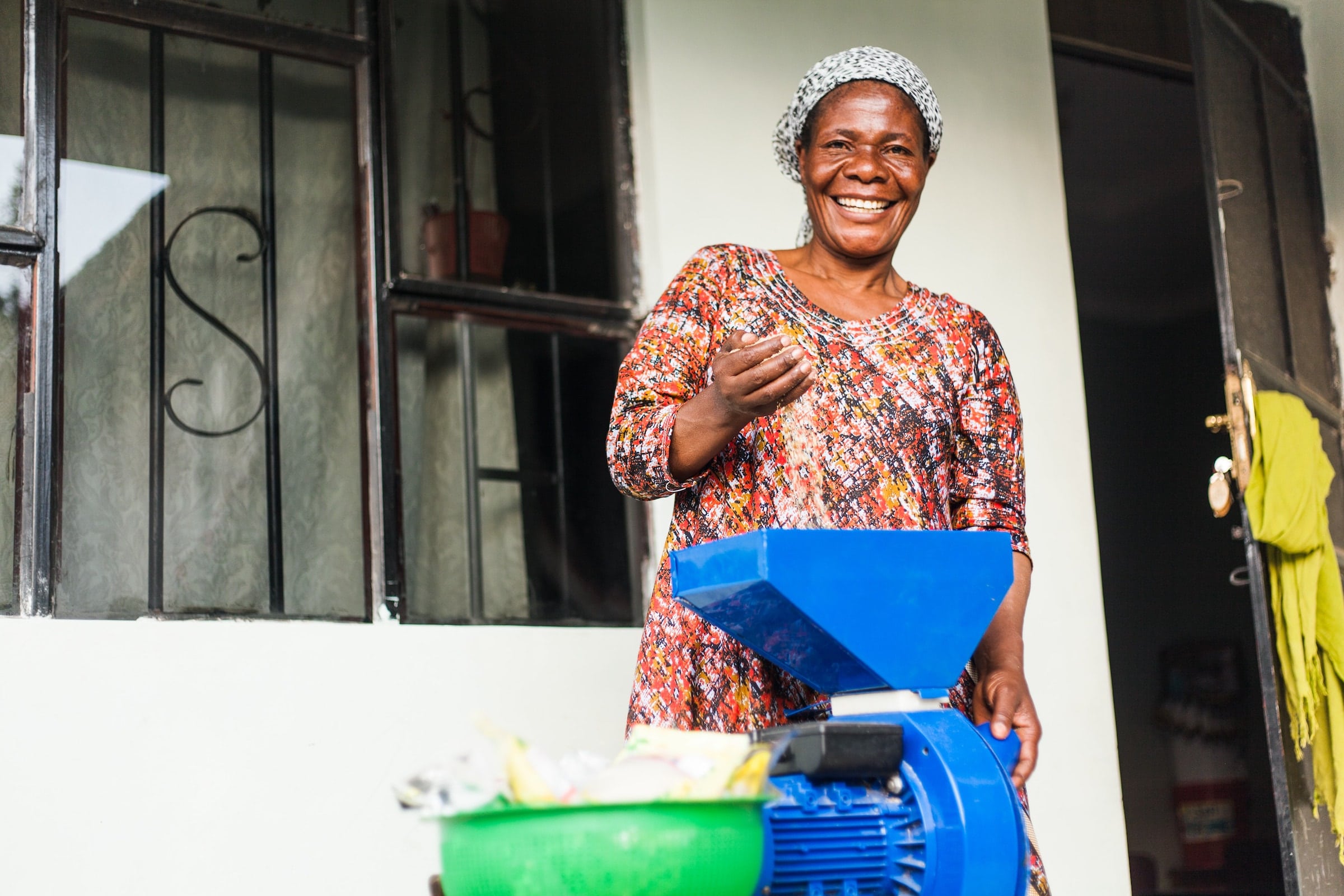 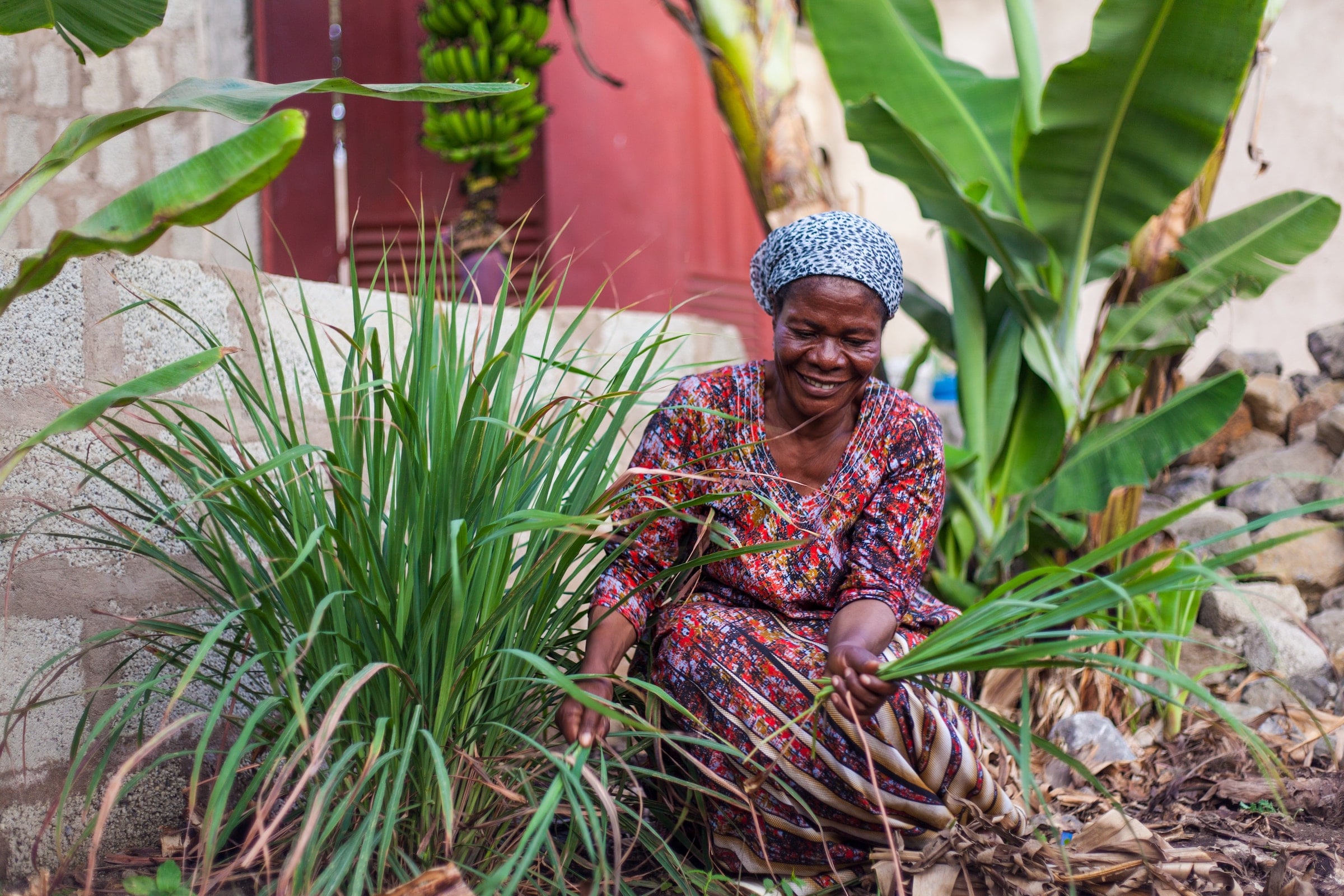 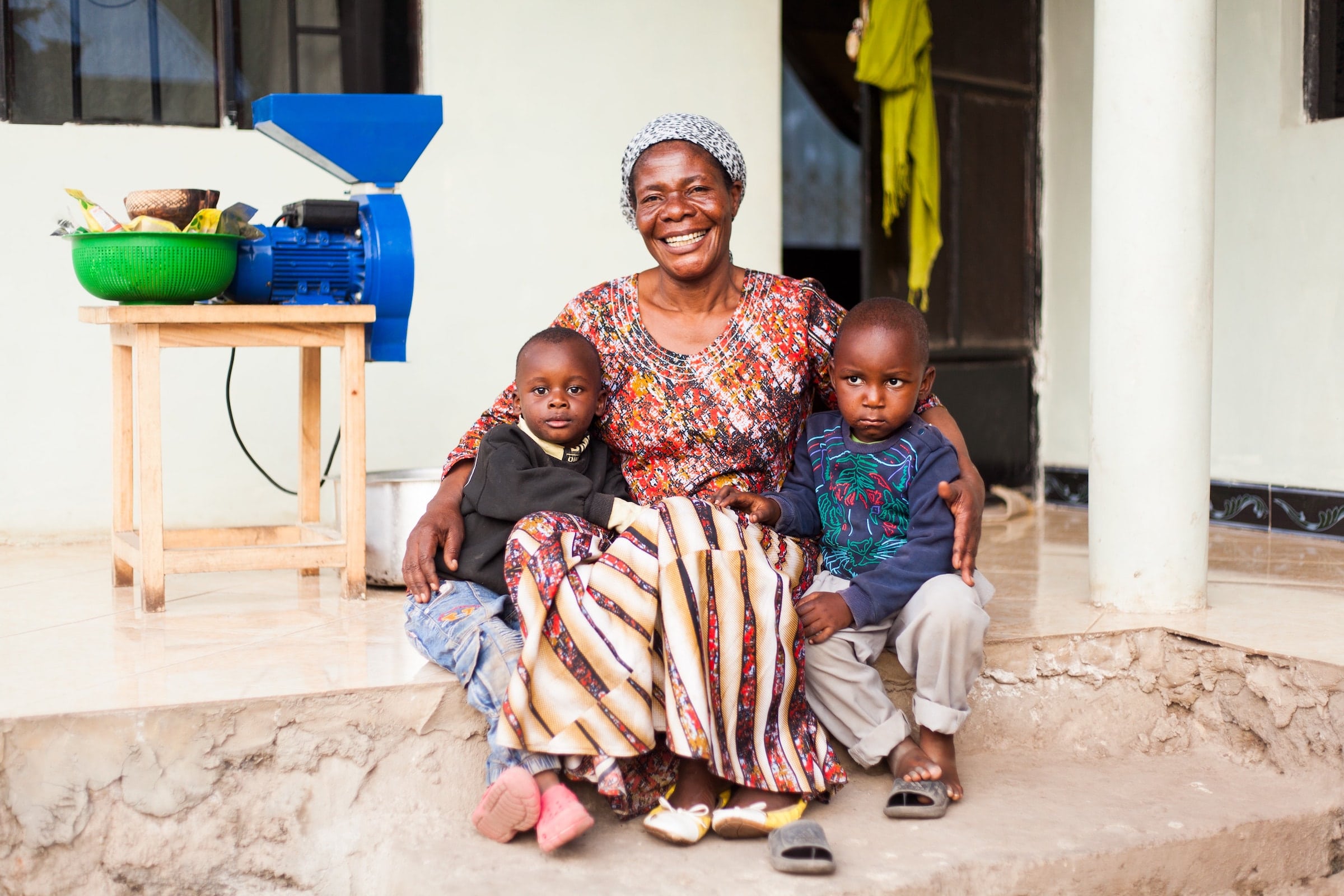 ‘My name is Jane and in 1995, my life changed completely. My husband passed when I was pregnant with our fourth child. We seemed to have a good life  – I was married to a soldier, we were blessed with wonderful, healthy children and we lived in an apartment on the military base in Monduli. We had hopes and dreams, just like any other couple.

But, shortly after the funeral, I discovered that my husband had died from AIDS. I was tested and my results came out positive. I felt utterly crushed. Nobody knew anything about HIV in those days, most of the information we had at the time was false. We did hear a lot of rumours and these rumours turned victims into outcasts.

HIV patients were considered time bombs, they were expected to die any minute. Antiretrovirals were not yet available. I was a new widow, pregnant and sick. My life had become so difficult and as a consequence, my health deteriorated quickly. I didn’t have any money, nor a roof over my head, because I had to leave the apartment. But I did have the responsibility for my three children and the fourth, which was on its way. I went back to my hometown, to stay with my parents.

When my fourth child was born, I almost died. My overall condition was poor and it was so hard to nurse. My baby was also very weak. After three months, I stopped breastfeeding because I couldn’t produce any milk and my baby was taking all my energy. I thought I was going to die, my body almost didn’t function anymore. But a miracle seemed to have happened – I started to feel better. I was able to perform light day jobs again and I could earn a living. Weeks turned into months and months turned into years.

My only hope for financial aid were my husband’s work benefits. But when I returned to the base, I was told that there was no money anymore. My father-in-law had already claimed my husband’s entire inheritance, to the last penny. I was also informed that my children’s grandfather was their legal guardian, because everyone assumed I had passed. I was shocked, confused and then enraged. I presented my case at a hearing, but I lost. God works through mysterious ways.

After this disaster, I wanted to return to my parents’ house, but I talked to my landlady at the base and she told me: “You’re a strong woman and you’ve been through a lot. If God fought for you before, He’ll certainly fight for you now. If you’ll stay, I’ll help you.” So I stayed and a whole new chapter started.

I had never imagined that I would be able to start afresh, but I did. I started selling fruits and vegetables at the local market. My children went back to school and I started using antiretrovirals. Some years later, I joined Uhai Centre – an organisation that provides care for people with HIV/AIDS. I very much enjoyed being part of this organisation, but it also exposed me as a victim of this dreadful disease. Several people found out and my children were bullied and discriminated against. I couldn’t take it any longer, so I moved to the other side of town. I soon realised that I was running away from myself. I decided to face reality – I was an AIDS victim and I could not change that. The only way I could fight the stigma was to present myself to the world.

That’s how my new journey began – I started teaching other HIV/AIDS victims. And I started to inspire them. I don’t have any degrees, I left school when I was still young, so I don’t have much of a formal education. But that’s not important. The little knowledge I had about AIDS was enough to inspire others or to make someone else’s life a bit better or safer.

My message didn’t always come across. I was often confronted with cultural and social resistance. Many people were in denial. Some were too embarrassed to open up, some were frustrated and some even thought I was intentionally misguiding the public. I saw these challenges as lessons, as stepping stones to move forward with my mission.

Never in my wildest dreams would I have imagined myself where I am today. That skinny, uneducated woman from the past who almost died on so many occasions – she is now an inspiration to so many. You never know how strong you are until being strong is your only option. As a widow, a mother of four, living with HIV/AIDS - I had no choice but to be strong, for myself and for my children.

If I had given up on myself 25 years ago, I wouldn’t be around anymore. I lost my firstborn in a motor accident a couple of years ago. I will always blame myself for this. He was the main reason I worked so hard. My youngest recently graduated, he has a bachelor degree in education. I am currently helping educating my grandchildren. I have four of them and I will protect them with my life.

I used to be a mess, hopeless, but today, I am a resourceful proud mother, grandmother, entrepreneur and educator. I took my predicaments and turned them into opportunities - I changed my painful tears into useful knowledge.’