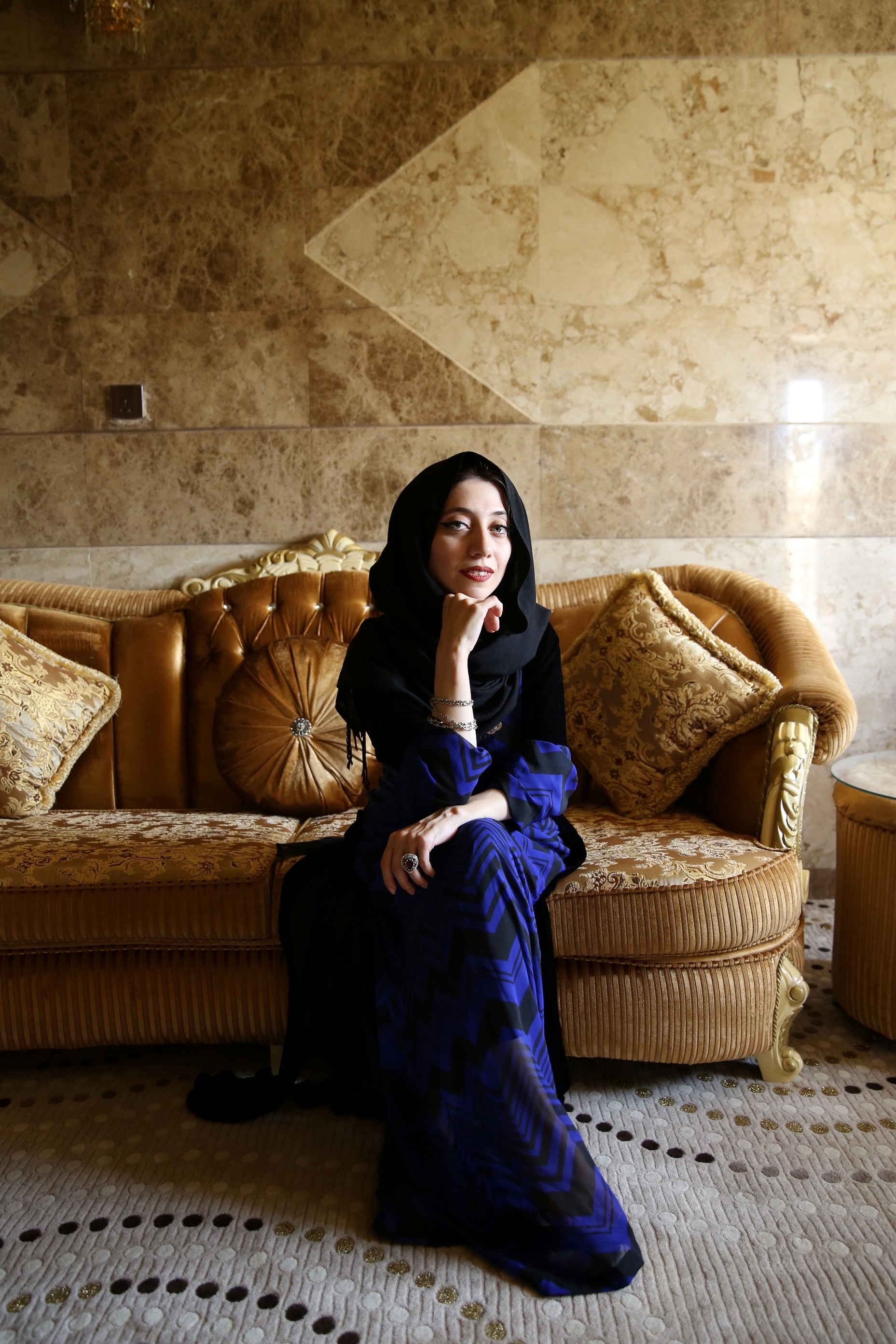 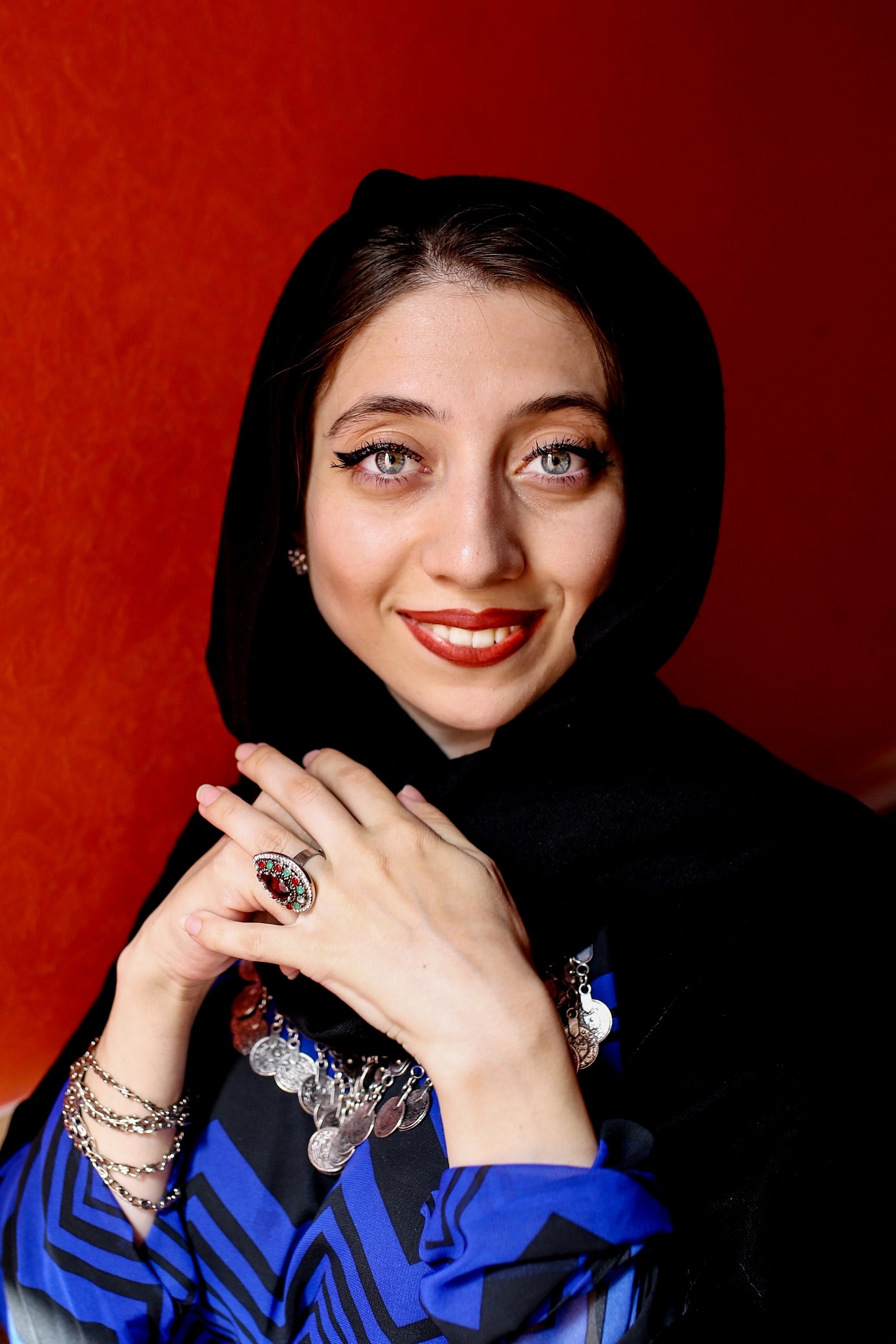 ‘Listen, if you plan to come to Iraq to loot and pillage, or if you think you should kill our women and children: Please don’t. Leave us alone.’

Rand hasn’t even thrown her party yet to celebrate her new Bachelor’s degree in English language and literature – and already she’s found work as a translator. She’s an Iraqi Muslim. She works with Christians, Yazidis and westerners. ‘We’re all the same.’ She wears platform shoes, high heels, and an Eiffel Tower necklace. She’s proud of her job as a translator. But what she really wants is to be a fashion designer one day.

‘I want to be known, because I’ve got something to say. My message to the world is that Iraqi women are strong. So strong. I can prove it by the fact that we’re still alive, after four armed conflicts in as many decades. We’ve been through horrific things. We’ve been bombed, shot at, had our husbands and children murdered, have been threatened and our houses have been destroyed repeatedly.

‘But we’re still here. And we’re not just women. The Iraqi word for mother means ‘life’. And I’ve seen that that’s what women are in Iraq – life. We are mother and father, sister and brother, friend and protector, homemaker and warrior. We are everything.’

‘I was so nervous when I got a job straight out of college. Oh my goodness, they’ve hired me! Oh my goodness! And I have to work with all these different people. Will I be able to relate to them?

My mother told me, ‘I’m so happy for you. Do your work wholeheartedly, be prepared. Never say, ‘Whoops, I didn’t see that one coming.’ Expect everything.’ So that’s what I expect. That’s how I want to live. I want to say some things that might come back to me. But I know I won’t be surprised when they do. I’m ready.’

‘Here’s what I want to say: Iraq has always known wars. War, war, always war. We’re sick of it. Western countries come here – to take from us, to do business. But as they go about making money they destroy the fabric of the Iraq. Yes, there are NGO’s that come do to good work. But it’s never enough to make up for the mess that’s been made long ago.

Now is the time for Iraq to rise from its ashes. We want to stand tall, get up on our feet. We want to live in peace, just like the people in European countries and in American cities. We want our rights. Iraq will always be Iraq, and no one can take it from us or squeeze us for our resources. This is our country. We live the way we see fit – not the way the West would have us.

So please leave us be. We don’t need anyone. All we need is ourselves.’ 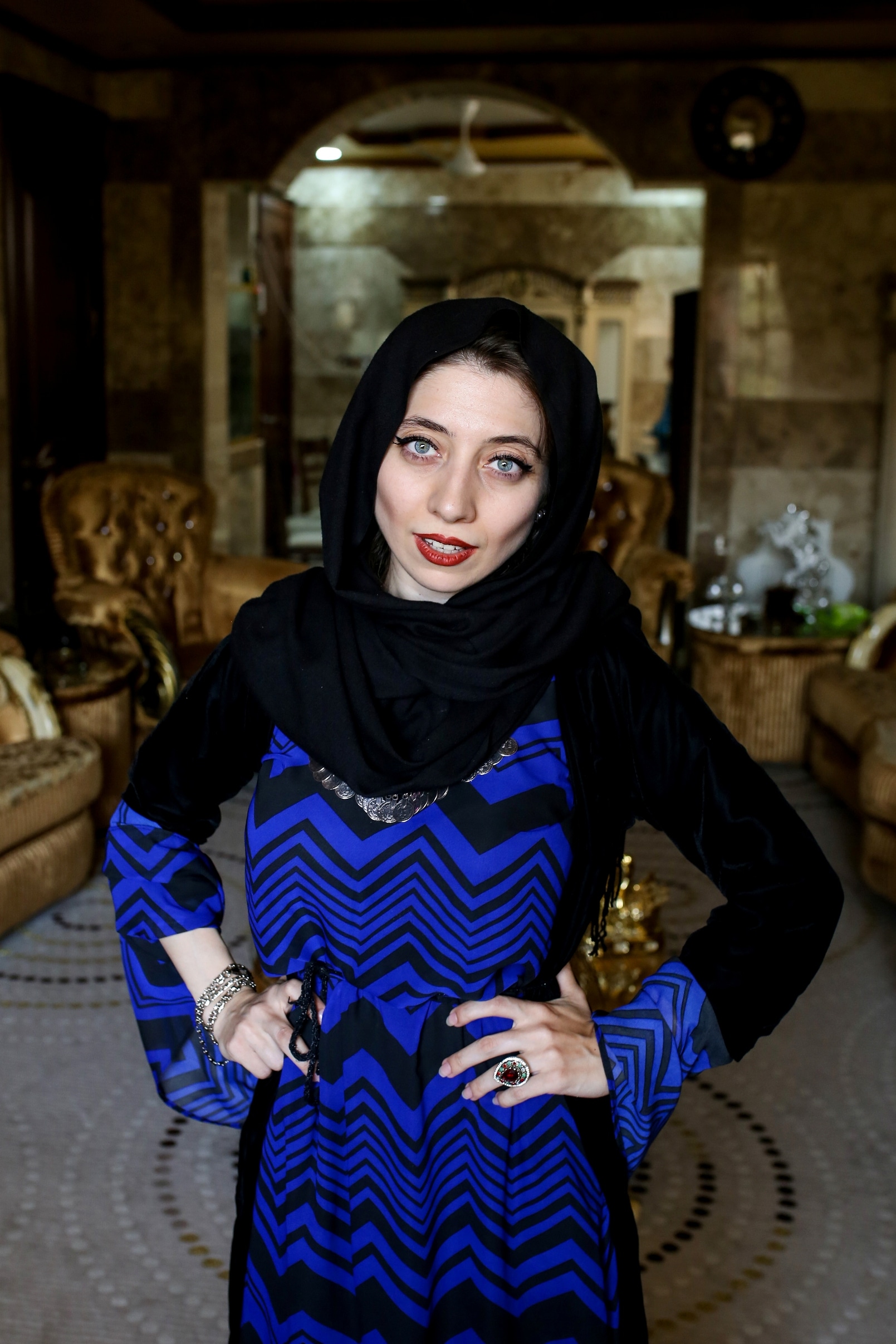