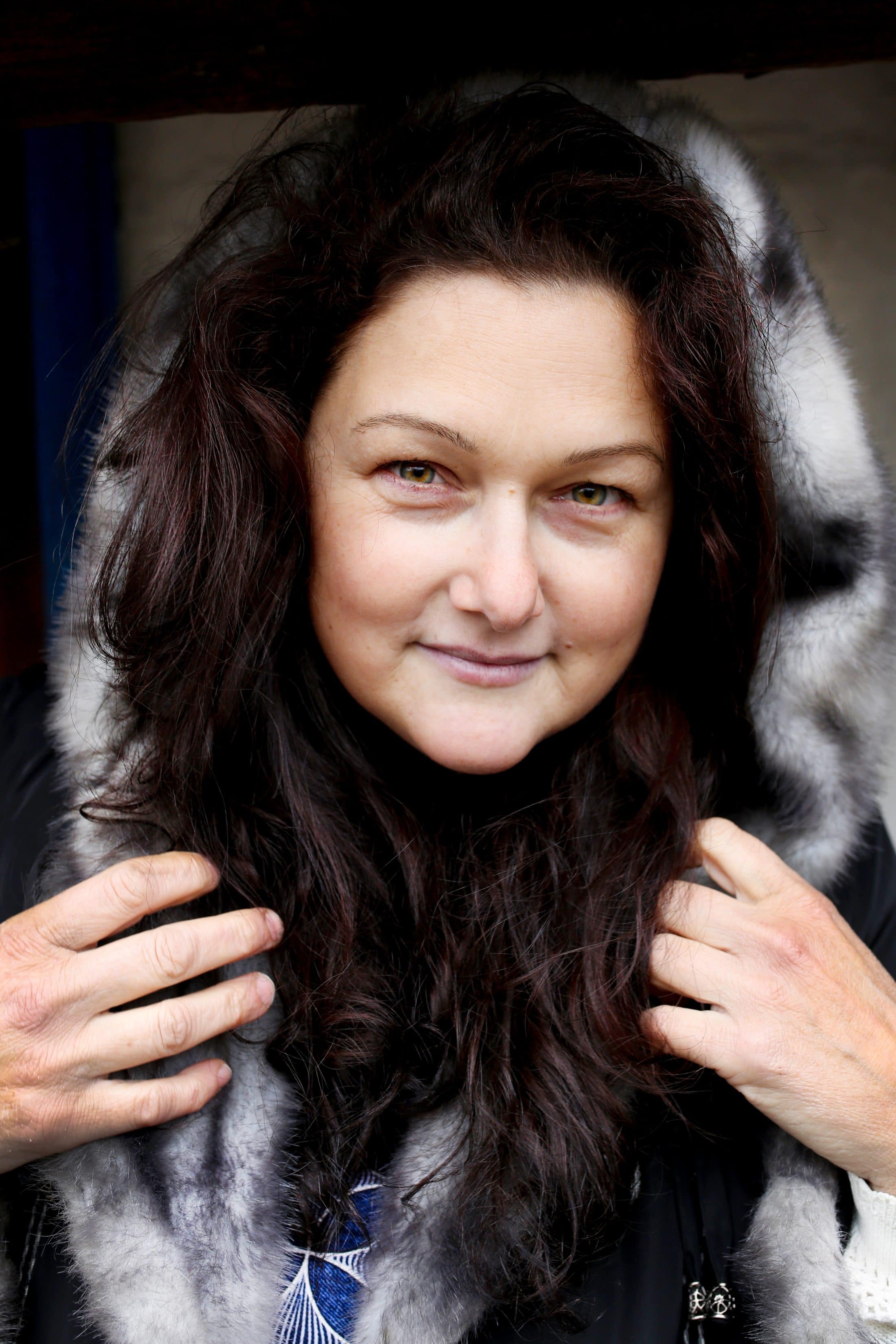 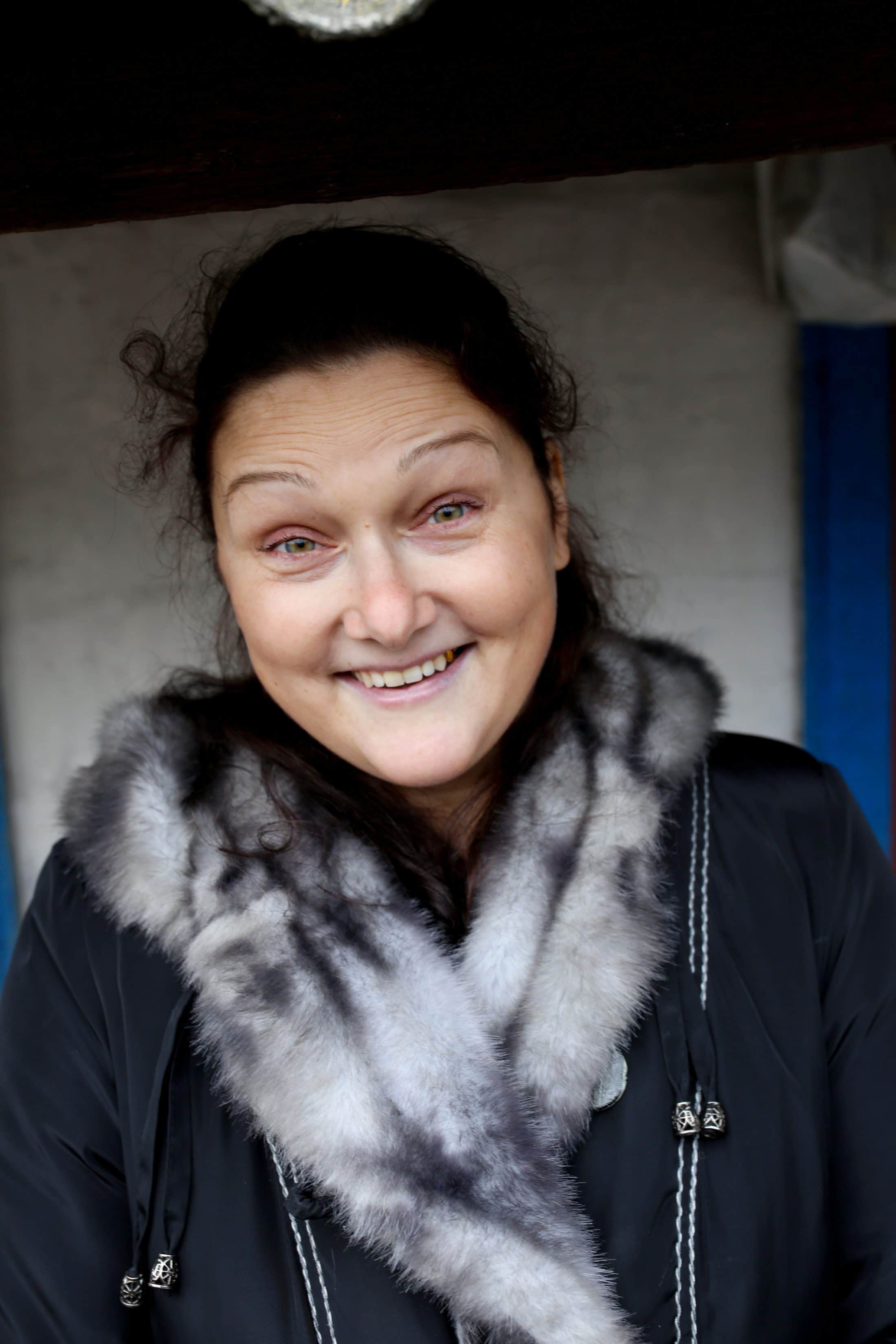 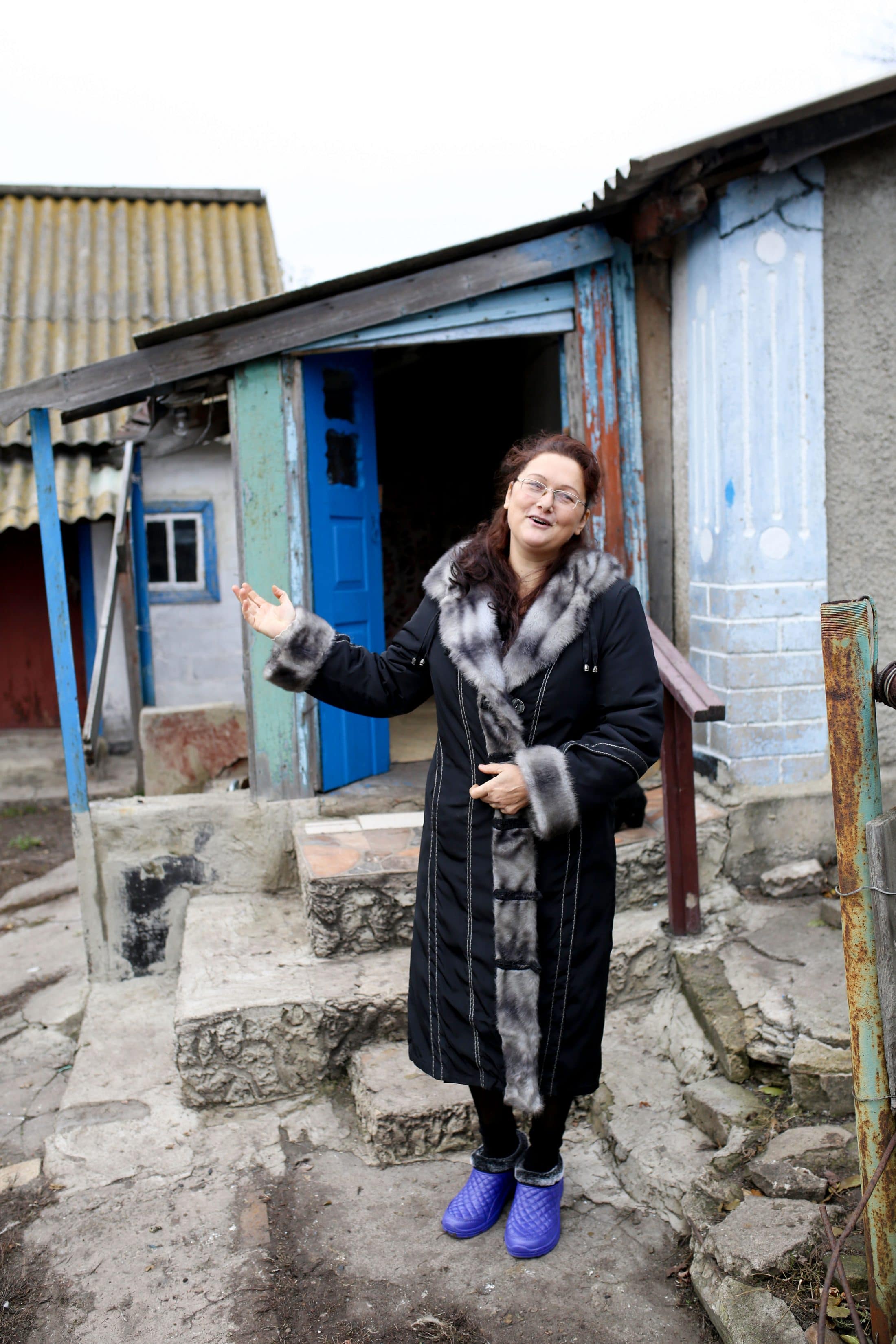 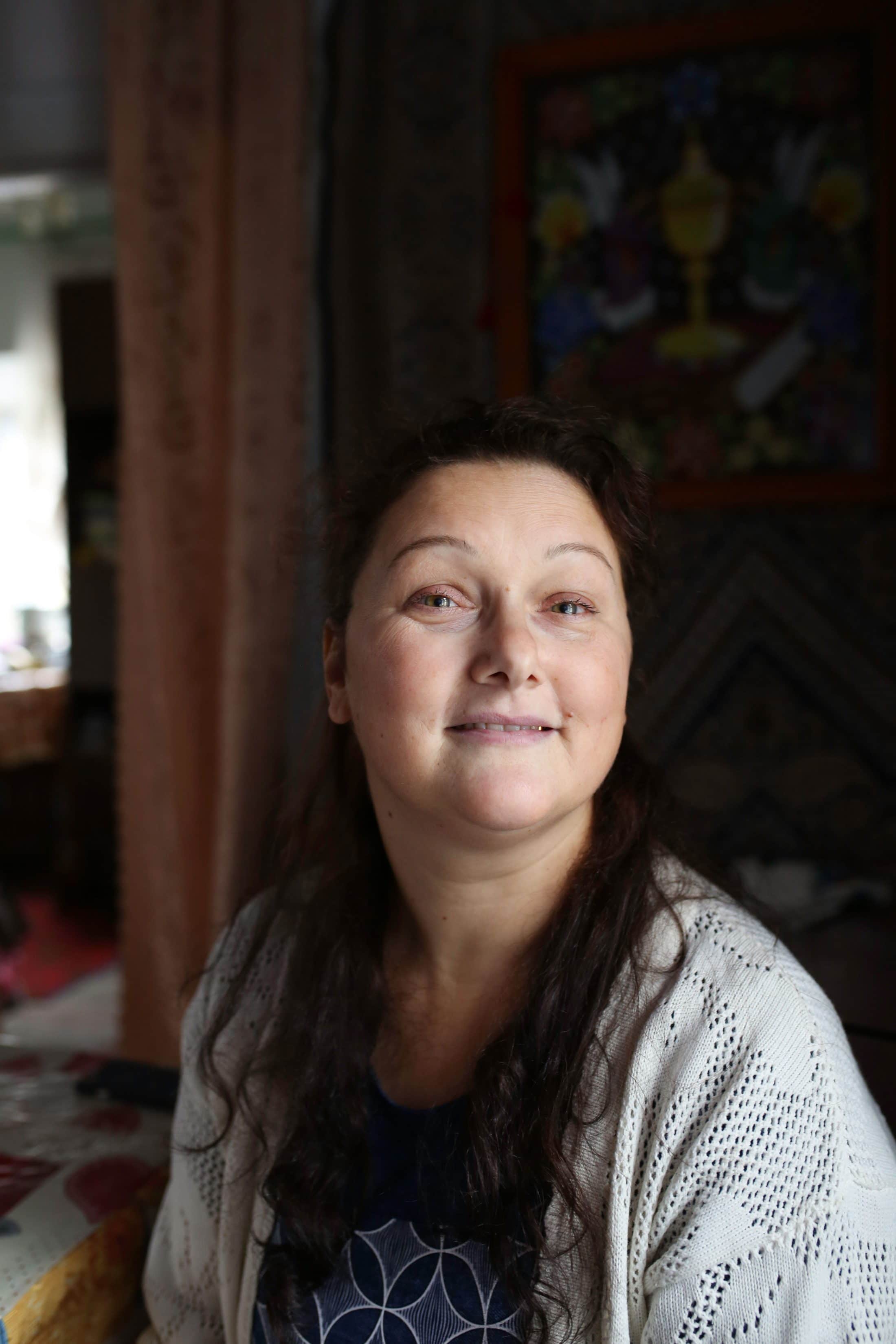 ‘My whole life people have asked me: “Where is this God of yours now?” But lately it seems to me that the people who always thought I was a bit off my rocker are starting to respect me.

I grew up without a father. He had a drinking problem and preferred to live with his mother. Therefore we had to take on the work of fathering ourselves. I was healthy and not a quitter, so chopping wood became my responsibility. And I kept that role after I got married and had two daughters. My husband was a generous man and I thought I’d found a provider in him. But in the end he didn’t take that responsibility. He also had a drinking problem.

He was generous at times, arranging for groceries or even flowers, but he would be too drunk to actually get them to the house. I would have to go out looking for him. I would find him somewhere on the ground and drag him home.

Other times I kicked him out, when he was violent. I developed a “shell” around me in order to survive. When I was working the land, I would always be the big mouth – swearing and making jokes. People saw me as a leader and were drawn to me. But I cried often when I was alone. I didn’t know who I was. I felt very alone, vulnerable and unloved.

I was 20 years old when a Christian visited our village and told me the story of God. I said: ‘What are you talking about? Look at my life! This God of yours is a fairy tale and not for me.’

Five years later my thoughts still came back to that Christian sometimes. It was a mix of being curious, annoyed and afraid of judgement that finally made me borrow a Bible. It touched me deeply. What I read was so different from what I had always imagined God was like.

I knew one Christian woman in the village and I waited on her door step one day for hours for her to come home. We prayed and I gave my life to God. It was special. I cried and cried, and it felt like an enormous weight was lifted off my shoulders. I felt joy. I hadn’t known that feeling. I got to know God as a loving Father who sees me, loves me, and cares for me. Then I began to understand what a healthy man is like.

Of course I had the hope that God would now transform my husband into a believing, loving man. I had been transformed. All my life I had let my behavior as a wife be a reaction to how my husband treated me. The Bible teaches that you can behave proactively, that you can love people because God loves you. I felt the love of God every day. That changed me. I decided to cook for my husband, to clean his clothes. I didn’t drag him from pools of mud angrily when he was drunk, but rather carried him home and laid him in his bed. It had no effect on him.

‘You give me everything’, he would say, ‘but what I really want is the strength that you carry inside.’ He would hit and kick me and my oldest daughter so hard that we were thrown across the room sometimes. We would hide - in the basement or in the attic.

Six years ago I reached a breaking point. My oldest daughter had moved out. My youngest has an inexplicably peaceful bond with her father. I prayed: ‘God, I wouldn’t mind spending some time in the hospital where they can care for me – I’m so tired.’

Four days later I was washing potatoes in chemicals and got poisoned. I spent a long time in the hospital. I became curious about what else was happening in there so I went for a stroll one night. I met an elderly man on a bench. ‘What brings you out here in the middle of the night?’ I asked him. He said he was having trouble sleeping.

That night I told that man about God. The next morning I felt an urge to go over to him and wash his face. Then I felt that God was telling me to buy him socks. That was the beginning of our friendship. I visited, helped him out of bed, we would talk.

I learned that he didn’t have money to pay for an operation on a tumor. I spoke to the doctor and he offered to treat him free of charge. ‘How can somebody be so kind?’, the man asked. ‘And how is something like that possible?’ I told him it was God who loved him. But he said he didn’t believe in God.

One morning I got out of bed and it was as if God told me to go see my old friend. As I entered his room, the man said: ‘I couldn’t get out of bed and just tried praying for once. I said, “God, can’t Natasha come and help? And here you are.” From that day, he believed in God.

When I was about to be discharged from the hospital I felt God speaking once more. ‘The moment has arrived for your wish to come true,’ He said. I had always prayed for God to give me an earthly father one day, because I so longed to experience my father embracing me. ‘The man you cared for will be a father to you’, said God. I got up, walked over to the man, and told him the whole story. He said: ‘Well, isn’t that wonderful? I have three sons and I’ve always wanted to have a daughter!’ As he held me, for the first time in my life I felt the arms of a father around me.

It was Spring when I returned home. After four days it was back to how it had been before. I asked God what I should do. God gave me a verse from the Bible.

I looked it up and it read: ‘Pray that your flight will not take place in winter.’ It felt like God was giving me the freedom to go.

I asked my husband: ‘Do you have any need for me?’

‘I’ll come back when you’re sober and ask you again’, I said.

But when he was sober he maintained he didn’t need me. That’s when I felt free to leave. I felt a lightness. Freedom. And sadness, for losing my family.

I’ve been on my own for five years now. At first I had my youngest daughter with me, but that’s become difficult. Knowing what it’s like to grow up without a father, I’ve always wanted her to be close to her father. I said: ‘No matter what, he’s still your father. If I can help you stay in touch, I will.’ And that’s what happened. This is difficult, because my husband’s problems persist. He buys her all kinds of presents and badmouths me. It puts a strain on my relationship with her, because she feels like a princess with him. She says: ‘I don’t need your God. You’re living with him, but look at your life. I want a comfortable life.’ I understand. I just pray that one day she will see what I see.

People who ask me, ‘Where is your God?’ are people who want God’s love proven to them by the sign of wealth, a nice home, a career, or a successful family life. But I know God: He is a Father who loves me and cares for me better than any human being ever could. I’ve never gone a day without food, drink or clothing. I still find the help that I need, when I need it. I believe joy is the one thing that matters in this life. And I have that joy. 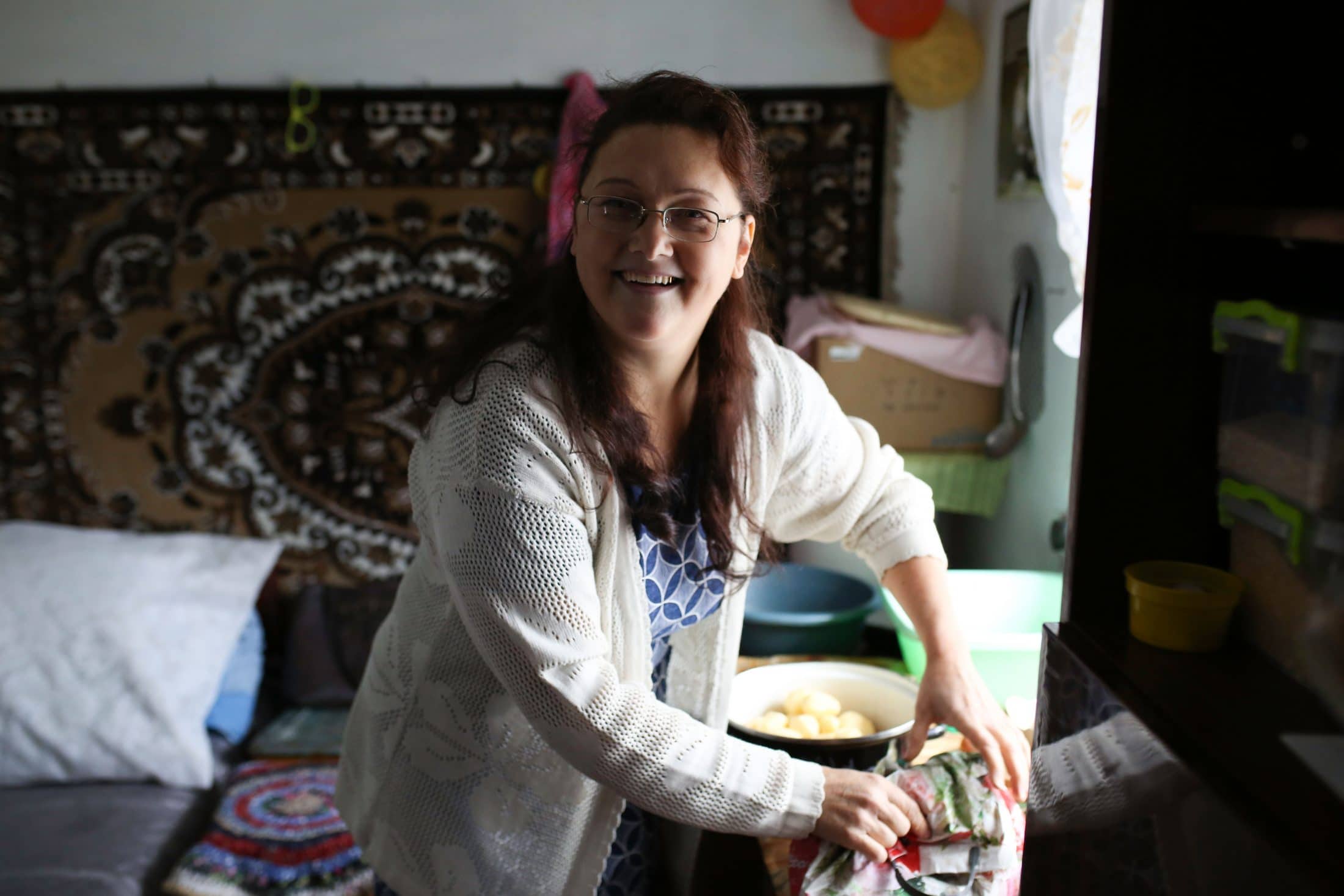 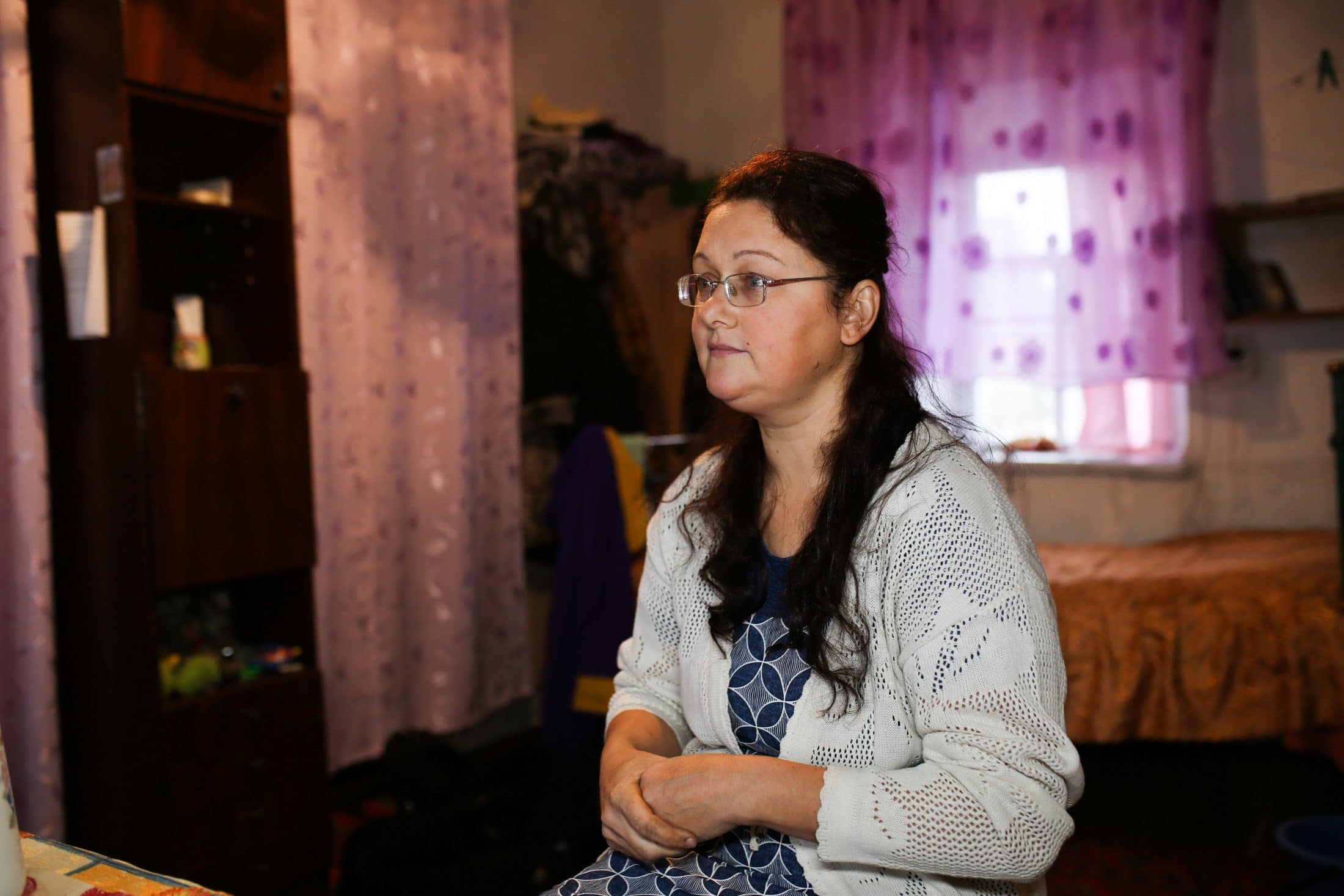 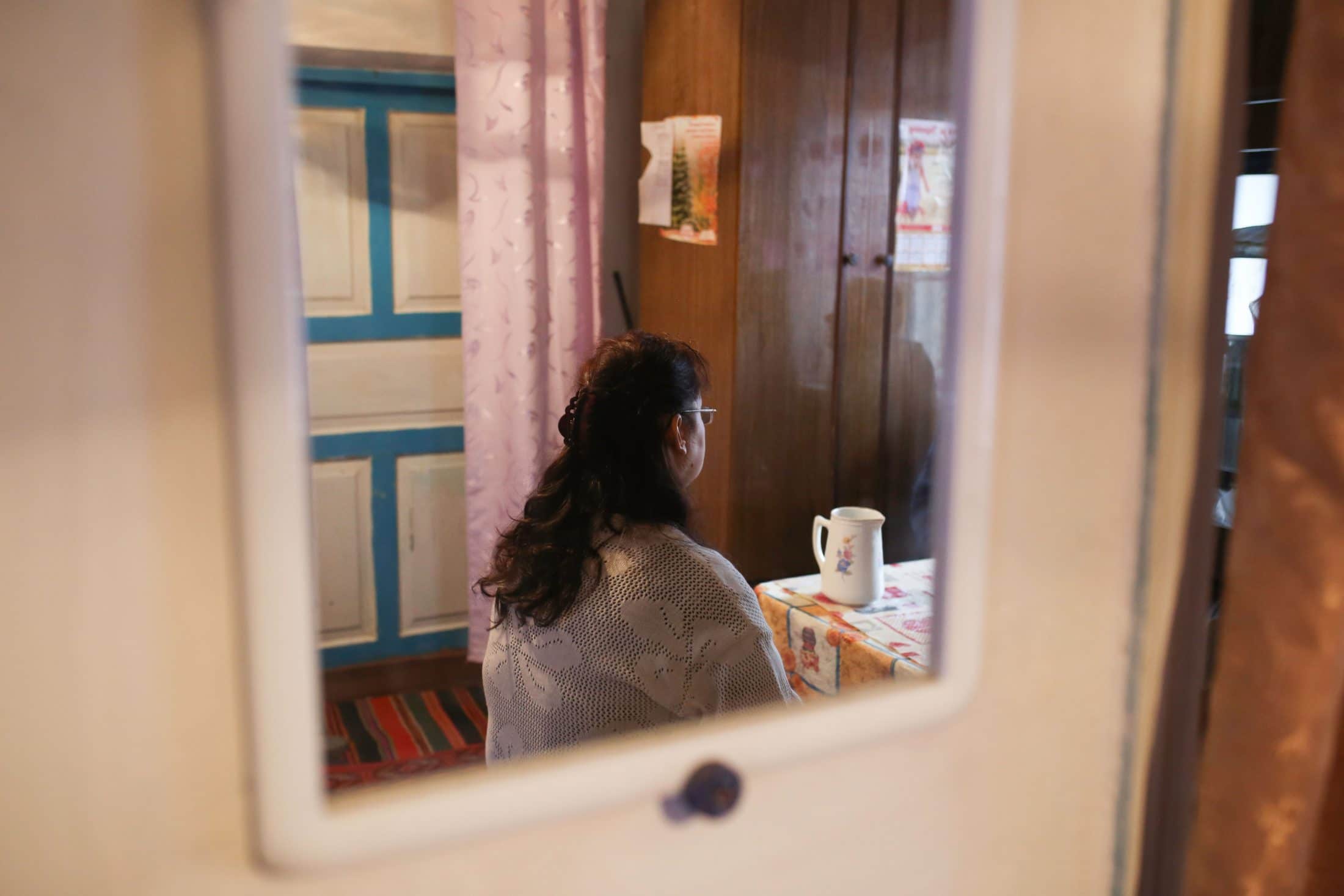 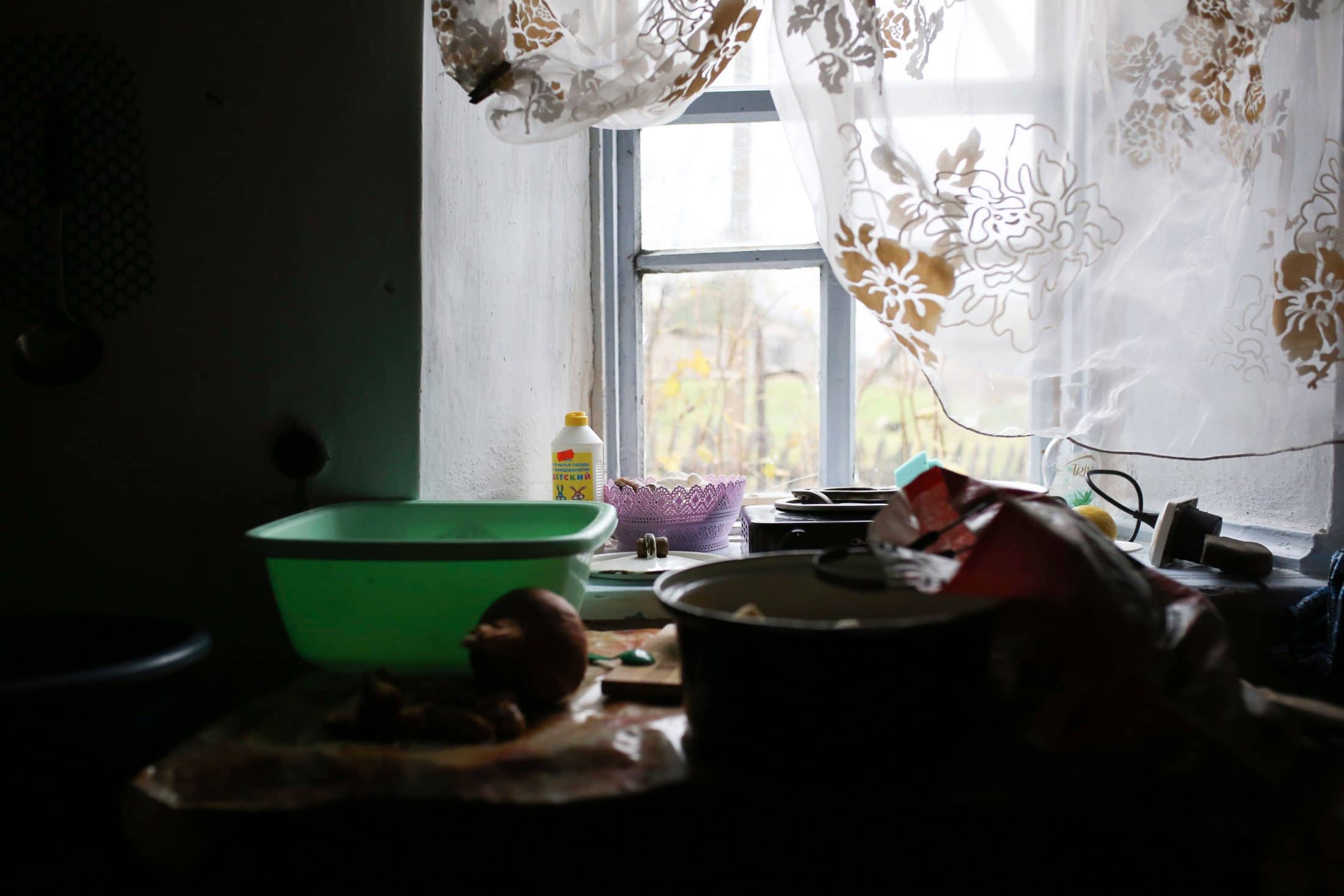 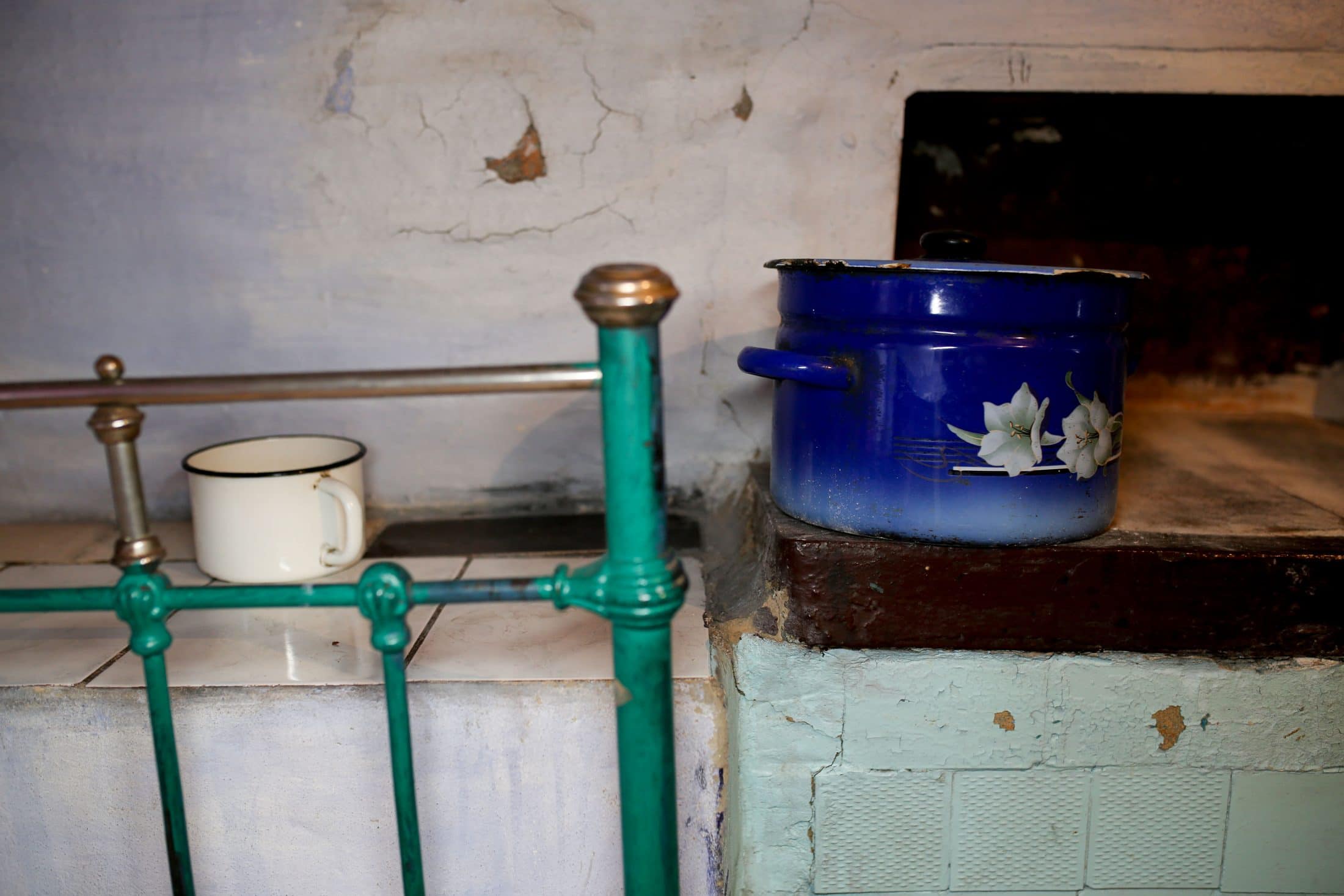 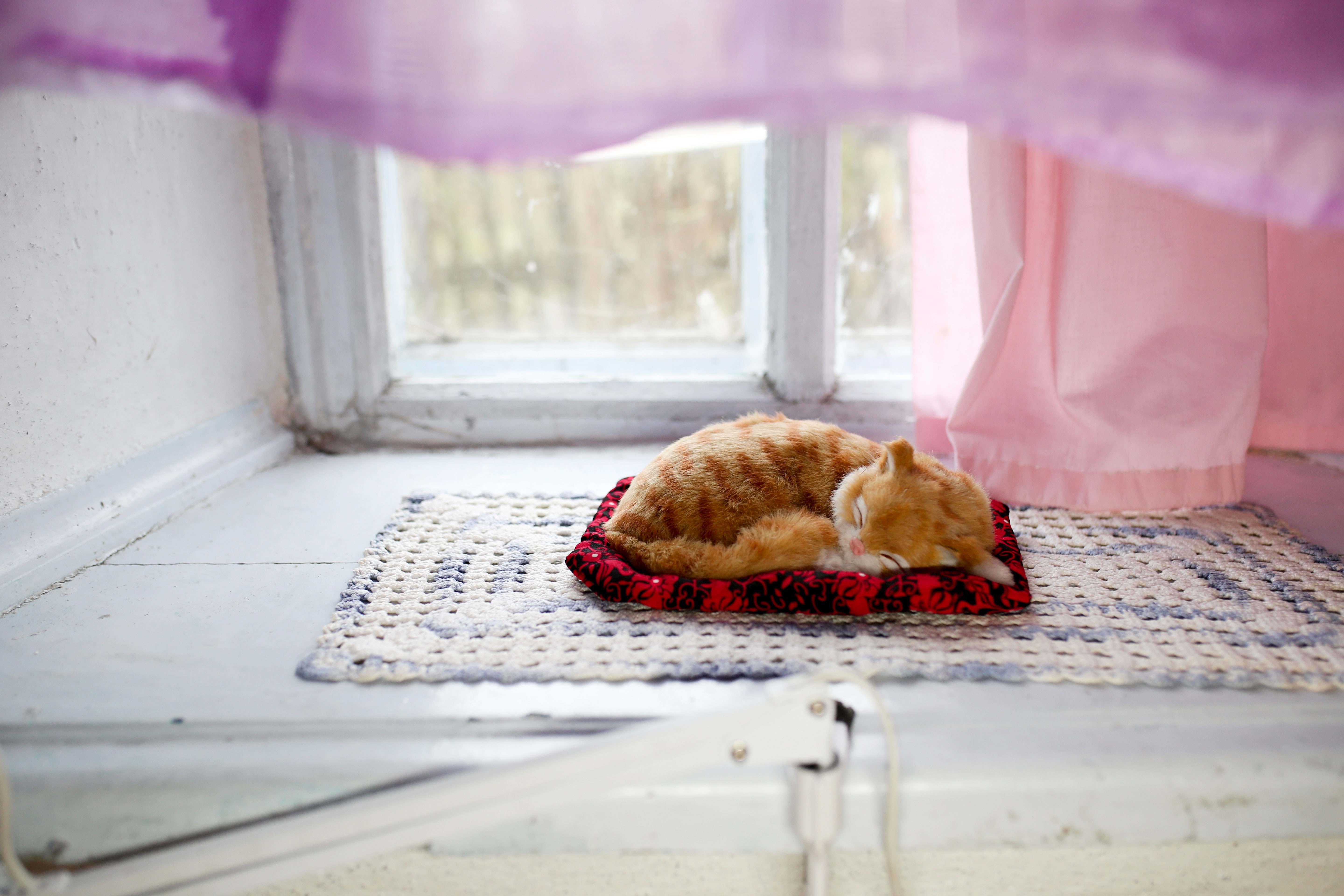